This is what drives me nuts.

To be perfectly frank.  I’m so fed up with prodding and poking I’m getting angry at everything and everyone.

For example.  In the 25 minutes I’ve been sat here waiting in this room, I’ve heard 4 mobile phones ring; 3 of which were answered; none of which were speaking English.  I don’t know why this has made me SO angry BUT it really has….

I’ve also heard a doctor, who was past me and the other 7 people in the waiting room, on his phone- again not in English… I think I’m annoyed as I don’t know what’s being said…. it could be something horrible about how he hates his job or “look at these stupid women” etc etc

Actually I do know why I’m angry – I think it’s rude….

One nurse has even stopped to ask the man who was chattering away on the phone opposite to me “what are you waiting for” He put the phone down and shuffling some papers he said in very broken English “waiting for ekjah”.

She looked very confused, as was I.

After she took the papers – turns out it was an ECG.

I want to stand up and shout – this is a bloody hospital.  Turn your phones on silent at least and if they ring, don’t answer it and have a full blown conversation.. not in a waiting room…

There are signs up “no mobiles” etc BUT now I’m wondering can these people read English? Do they know what they are doing is wrong? Or if they can, do they think it doesn’t apply as they are speaking another language and somehow being unintelligible is the same as being silent?

I don’t know….. my phone is off- out of courtesy to the people who work here and patients who are in the waiting area. I don’t see how hard that is to understand… maybe I was bought up differently?

Any how. I just want to go home, speak to some nice charitable people on the phone or by email and organise some fundraisers… that keeps me sane…

Sorry for whingeing, tomorrow will be better / different.

Follow Behind The Scenes – Life as a Spoonie on WordPress.com 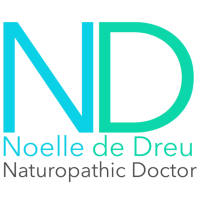 Pendants for a Cause

Jewelry that Save Lives

A Doctor's Reflections on Psychology and Spirituality • Give Light, and the Darkness will Disappear of Itself

A blog about chronic illness and chronic pain life